Does disruption really smash it? 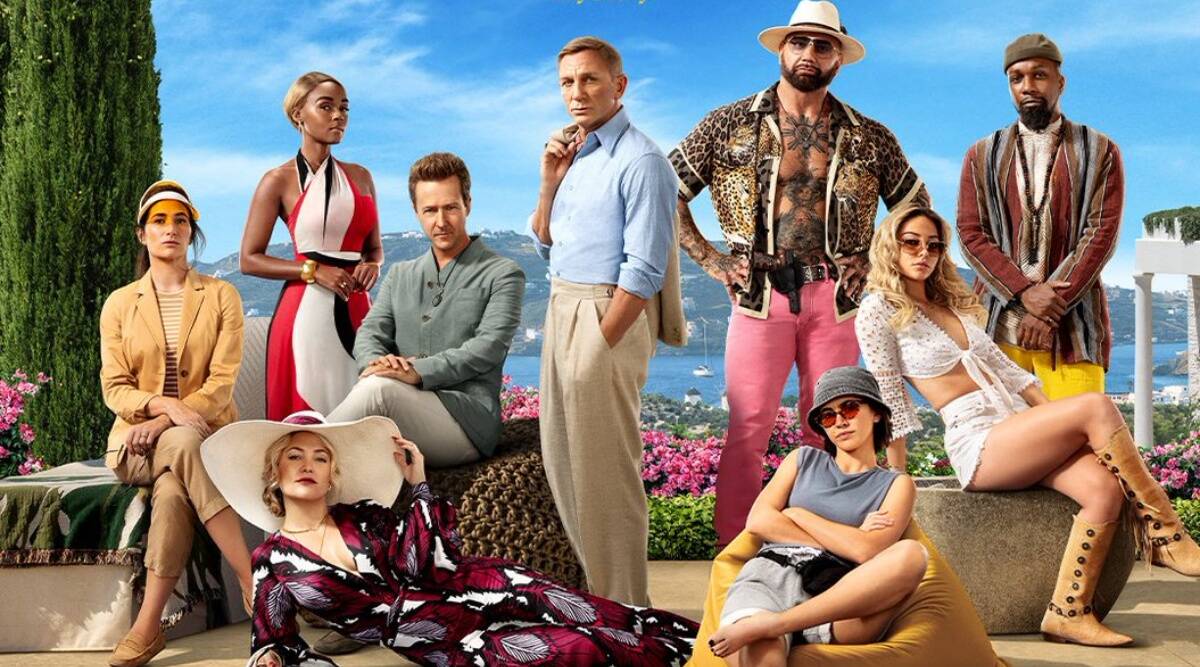 A crazed billionaire invites a gang of guys and gals to his private island, before Daniel Craig’s hilariously lovable Louisianian accent reveals ‘Who-dunnit’. The group are known as The Disruptors; those who break from the norm, take something people are growing tired of, and prepare the world for the next better step. And while they initially appear successful, peeling back the layers reveals very questionable substance.

Disruption is a pesky verb that seems to blur the boundaries of good and evil. Like Twitter, or Google Sheets. Disruption causes difficulty, frustration. But it can also introduce new ideas, and change the way things are done.

And while it’s been a ‘thing’ for ages, I’m hearing the D-word banded about more and more and more in our industry as brands look to shake up their strategies.

A lot of buzz around disruptive tactics stems from the lightning fast speed that digital technology has evolved. You can’t do a-n-y-t-h-i-n-g online without having to close, scroll, hide, click away from, accidentally click on, watch for a few seconds, skip, answer, accept, or god forbid, actually read or watch an ad before you’re allowed to get on with what you were actually trying to do. It’s disruptive media for sure. But as a human being I find it irritatingly horrible. And while you might assume negative feelings towards this sort of advertising are transferred to the brands, sadly studies have shown the opposite. A study in 2017 saw participants that had been shown pop-up ads while playing video games displayed a preference for the advertised brands compared with like-for-like alternatives, despite perceiving the brand as more annoying.

So there’s some evidence to suggest it’s effective, but also seems lazy. Too much about quick wins and short term sales. Are we fine with being shamelessly annoying? Or can we inject a bit more intelligence into our ideas.

Success relies on brands stepping outside of their category comfort zones, doing something different to elicit an emotional connection with a target audience that both achieved immediate goals, and shifts, elevates, or embeds brand perception. And it comes in all shapes, and sizes.

Think Outside The Tropes

Both Oatley and Oasis broke a norm by satirising themselves, and poking fun at their own ads. Lovely. 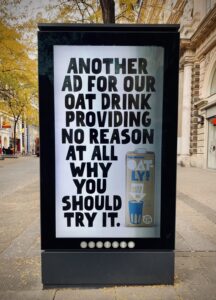 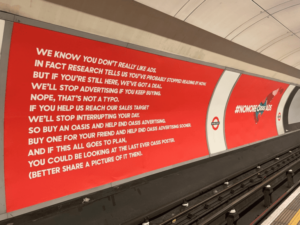 Dove’s Reverse Selfie addresses the damaging journey young girls go to achieve the perfect selfie, shining a critical spotlight on the rise of digital distortion and starting an important conversation. It’s an uncomfortable watch with an extremely comforting purpose. 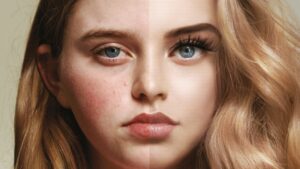 Back in 2015, Volvo asked people to tweet at them using the hashtag #VolvoContest whenever they saw an ad for a rival car company, encouraging them to include a nomination of something they’d like to win a free car. So every time potential customers saw a commercial for a different car brand, they immediately thought of Volvo and interacted with them instead. Hailed as the best interception ever, not only were people raving about its brilliance, the approach also contributed to a  70% sales increase too. It’s absolutely perfect. 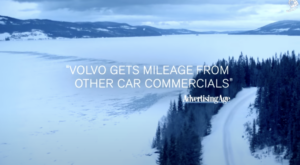 We’re all vying to get cut through, stand out, rise above the noise, and any other marketing sayings you’d like to throw in at this stage. In order to achieve any of this though, we do seem to be running straight to complex solutions that always involve an algorithm, or artificial intelligence, or machine learning. A quick solution that’s done and dusted. But I feel like if you don’t just shut the lid at that point, and actually sit with the challenge for a little bit longer, you might just peel off a few more layers and arrive at a more creatively elegant solution.