You gonna meet my friend, Pain! 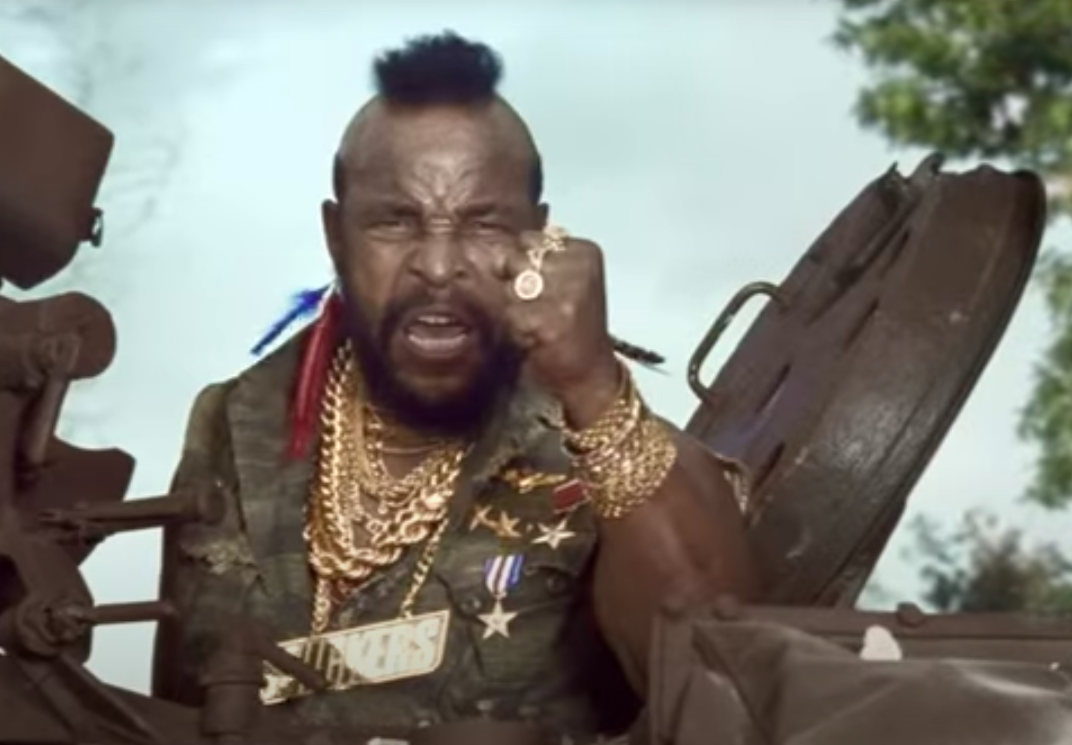 I’m working home alone again, and in a vain attempt for companionship I’ve found myself nattering to objects around the house.

Most recently, a banana I was pissed off with because it went straight from green to brown, with no consideration for me or my potassium requirements. It had just sat in the fruit bowl for a week, rent free, being an absolute bastard. And I told it so.

A slightly different approach; my friend Rachel has taken to sticking googly eyes on things in her office to give them a more human feel. 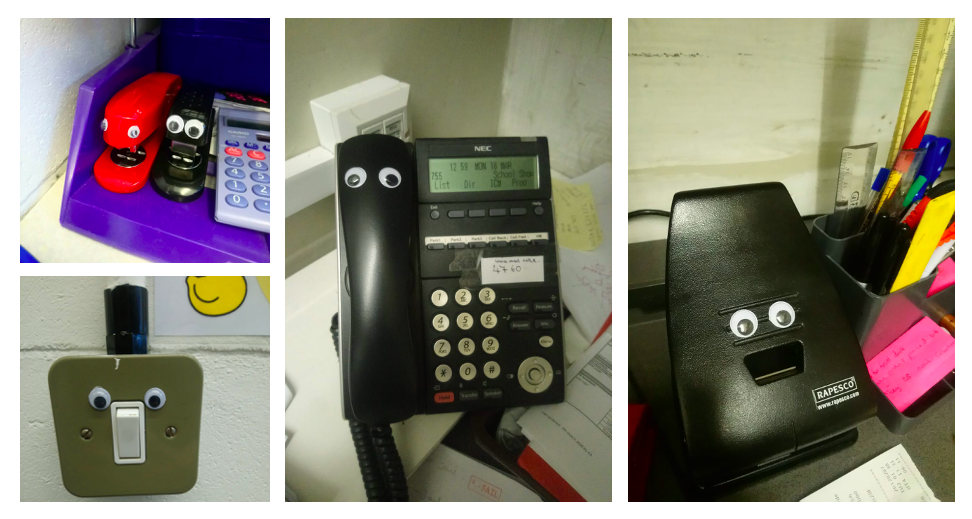 The words danced along to the next paragraph

You might consider personification odd, but it’s actually completely natural. Drawing on the concept of anthropomorphism, when we personify, human attributes can be applied to anything – nature, animals, inanimate objects, or something completely abstract, through applying stories about their social roles, emotions or intentions (we all know Comic Sans has an evil streak).

Personification reveals a lot about social cognition and how we might understand the world, and we accept it because it’s slipped into everyday language. ‘This house has seen a lot’ – unless Rachel has been there with her stickers, I can guarantee it has no eyes to see anything. ‘She does 54mpg’, ‘today just keeps on giving’, ‘that piece of cake is calling my name’. A guy helping me learn to swim recently told me ‘water is lazy’.

Some view it as an unsophisticated form of communication – if it’s not logical and scientific, it’s wrong. But actually, it can open up a more imaginative and creative route of conversation.

When it comes to personification in ads – there’s a mixed approach. For example, Mr Energizer, the M&M Chocolates, the Michelin Man all act as spokescharacters for a brand or product. Love them or hate them, they do what they need to do and make a brand recognisable.

But for me where it gets nice is the use of visual metaphors used to confuse the brain, and trigger an anthropomorphic response. Remember, the brain is super lazy – yes, even yours – and it won’t even bother to look up from it’s holiday read unless it’s going to get rewarded with something to challenge and surprise it. Below are some examples of ads that demonstrate what a product does by giving it a related human characteristic. 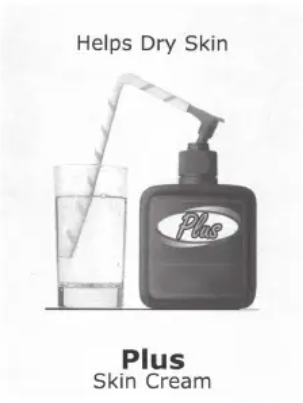 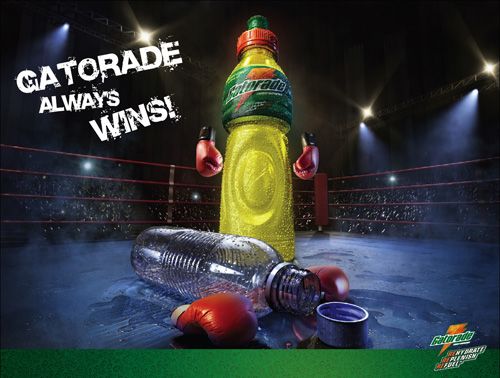 If you’ve attended any training around brand personality or storytelling, you’ll no doubt have discussed the merits of the genius personification in Epuron’s Mr Wind. It’s in this kind of territory where personification really flaunts its stuff in advertising – when it’s providing a personality to something you can’t actually see.

A super example is the recent Love that feeling? campaign from the AA. Aside from ticking so many other boxes (great use of colour, sound, no product, no proof points), the ad captures a feeling of happiness (one of the six core human emotions) by applying personification to a rag dog (dogification?) Whatever. You get the idea. What’s more, it’s making your brain tune in and take notice, asking ‘what’s this dog up to, then?’ as it waits for a surprise reveal at the end.

At the other end of the emotional scale, BT’s The Hate that ran during The Euros saw the title emotion personified as an elusive phantasm, terrorising victims of online abuse. Sadness, anger, fear and disgust are four of the six core human emotions, captured in this one ad. As with ‘Mr Wind’, people are aware of the effects of unseen things, but capturing them in a visual form helps elicit a more emotional connection with the audience; the best way to get attention and encourage action.

The blog was yelling for a conclusion

So, in conclusion. I assume Mr. T doesn’t really have a friend called Pain, am almost certain cars don’t have lady bits, and know in my heart of hearts that banana didn’t have it in for me. But, hey ho – surrounding myself with human characteristics in the absence of real humans for a few more months isn’t so bad. At least they don’t talk back. Right, I’m off to say Aloha Vera to the aloe vera – spiky, silent bitch that she is.