Ideas that stand on the shoulders of giants 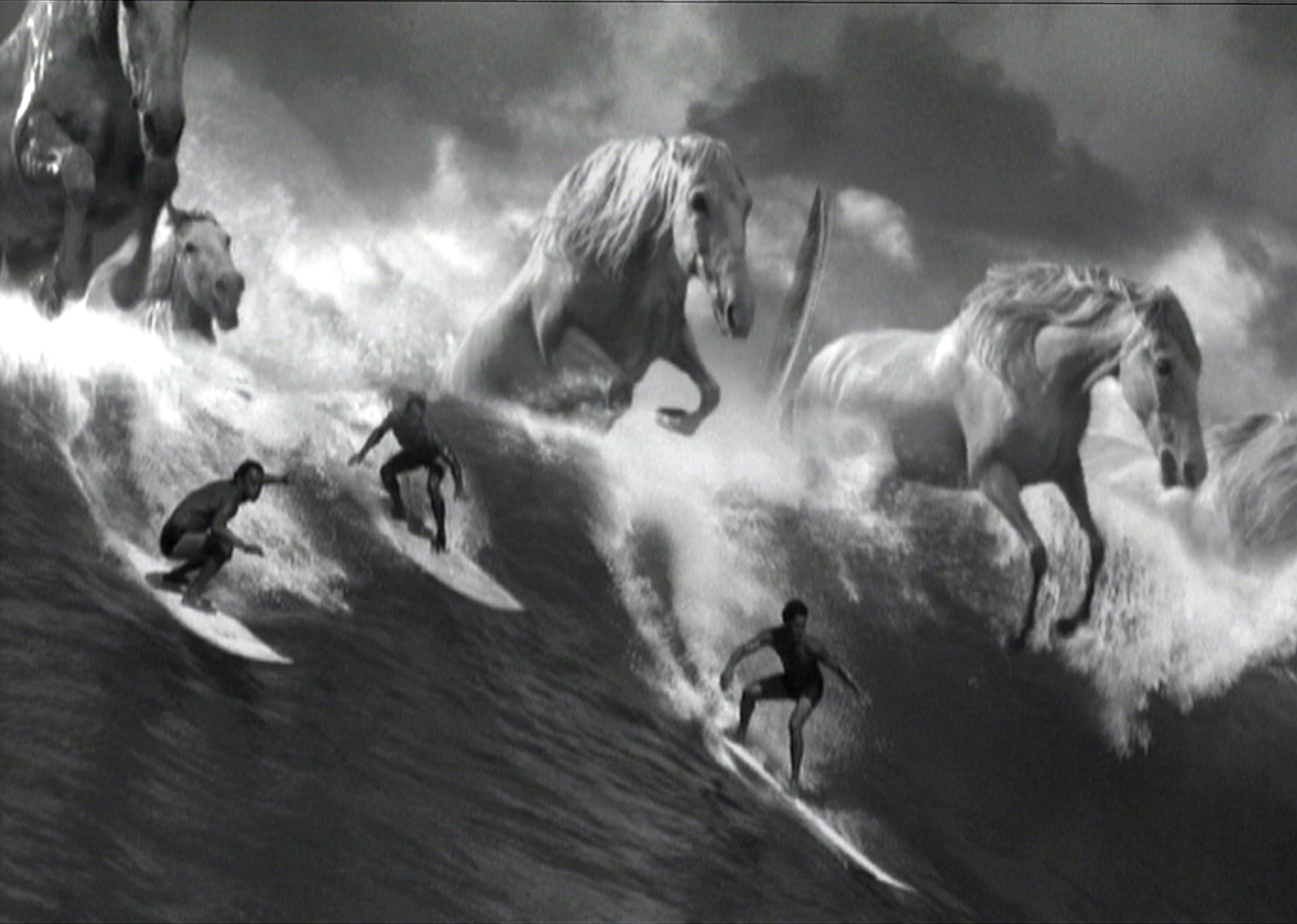 Great doesn’t happen overnight or by mistake. We need to build to it no matter how many times we get knocked back.

It’s very rare that a great advertising idea takes us by surprise.

A brand or product doesn’t just stumble into something that amazes the world. There tends to always be a build up. Good (not great – but good) work nearly always precedes.

The client, the agency, the creative team all have to slowly build in confidence. Because that’s where great work lies. It oozes confidence and that confidence shines through in making something that is risky and treads where others fear to go. But confident, risky work does not get thought of, presented, bought or made unless everyone around the table believes that pushing forward won’t get them fired.

One of my favourite ever ads was Guinness Surfer. I’m not alone, a few years back it was voted best TV ad of all time.

I remember the first time I saw it. Back in 1998 there wasn’t a build up and pre-roll on social like we see these days. This beautiful film apparently appeared from nowhere. I remembered watching and hoping, really hoping with everything I had that it wasn’t going to have a fucking car logo on the end. Please, please, please don’t let this be for Peugeot or Ford.

It took the nation by storm, a real water cooler ad (that’s how we talked about things we’d seen 20 years ago). It spurred us on to believe that we could maybe one day reach those heights. We could become the next Tom and Walter. We still believe this. I know, bless.

Although the ad was groundbreaking and introduced a generation of epic big productions, we need to remember what happened on the journey that lead up to it.

The client had a long, proud history of strong advertising. From the ‘My Goodness, My Guinness’ work through to the personification of a pint in the surreal Rutger Hauer films, and even the ad that preceded horses jumping through waves, Dancer. The ad also set the tone for the subsequent ‘Swimmer’, ‘Sapeurs’, ‘Snail’ and the new (criticised for plagiarism) ‘Compton Cowboys’.

The agency, AMV, had one of the most charismatic Creative Director’s to have ever graced the UK industry in David Abbott who had an illustrious career as a copywriting genius (and yes he does deserve that accolade) who had built an agency in his image. It had a track record in producing confident work, not least the astounding and groundbreaking Economist outdoor campaign of the 80s and 90s.

Then there’s the creative team, the aforementioned Tom Carty and Walter Campbell. They had five years earlier (in 1993) produced the sublime ‘Tested for the unexpected’ film directed by notorious perfectionist Tony Kaye for Dunlop tyres. If getting an idea like this through for circles of black rubber doesn’t give you the confidence and balls of King Kong, I don’t know what will.

So here’s a little advice for all my fellow art directors, copywriters, designers, strategists, account handlers, and even clients. Don’t give up hope of one day reaching great heights. Whatever setbacks we get hit with remember everything we do helps push us that step closer.

Do something good today, something better tomorrow and maybe soon great will come charging through like a troop of white horses. After all, good things come to those who wait.