The dinosaurs are scared of being dinosaurs 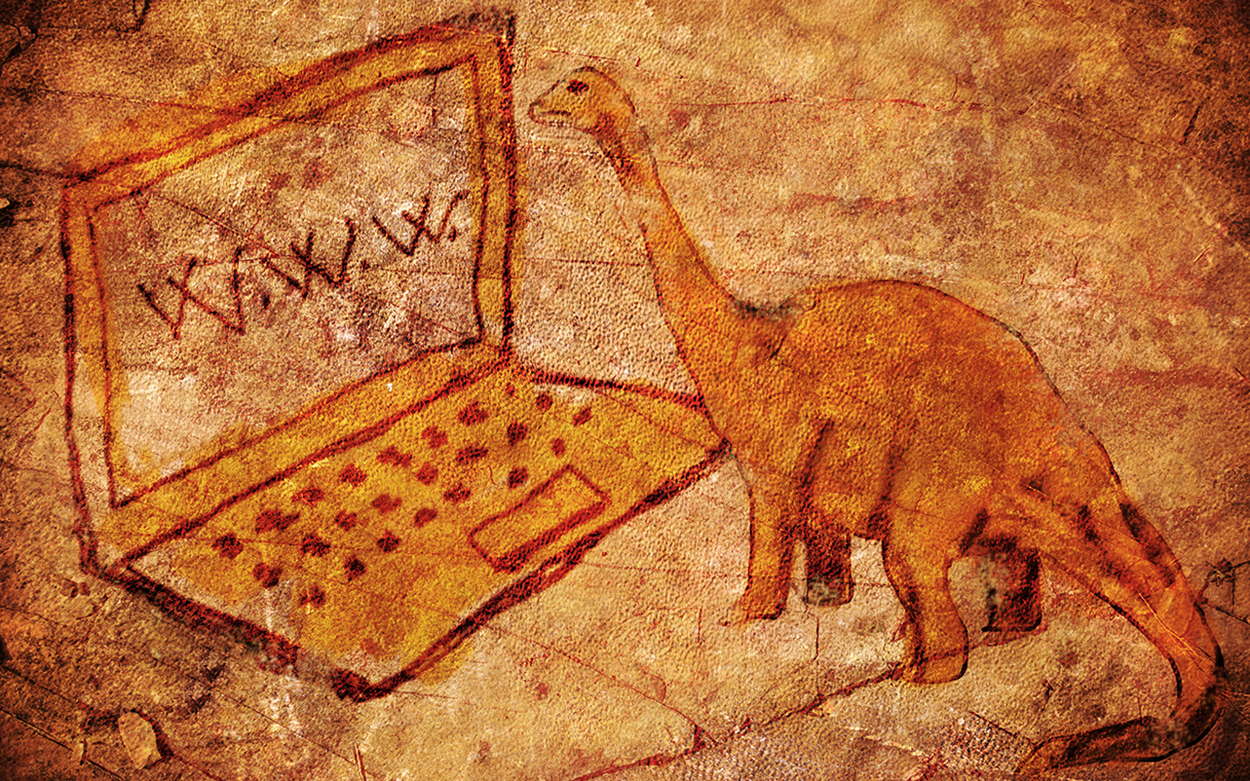 Maybe, just maybe that digital meteorite that struck won’t be the end of the marketing world as we know it.

A client recently sent me a link to this article in Marketing Week regarding the power of TV and the dangers of digital data – comparing it to methamphetamine. It’s important you read it so please do.

It’s rather brave of said client, who spends not insignificant amounts in the digital space (and it increasingly takes up a larger proportion of their budget YOY) to not only acknowledge the findings but also stop and think.

But he, like most of us have been sucked into this world of instant numbers, measurement and justification. Not only did we look on in amazement at the power of accountability, we had to be seen to be buying it.

As an agency, over the last few years if you challenged it too much you were seen as a dinosaur, unwilling to accept the new order. The digital meteorite had struck and if you were saying the dark clouds of oblivion would soon blow over and that they weren’t to be taken too seriously then your clients would quickly be turning to a new agency beast. The small, nimble mammals. The two-man back bedroom startups. The ‘kids who got digital’ – hey, hands up, we even made a buck or two out of it in the noughties.

The same feeling of fear was also taking place on the client side. All of a sudden Marketing Directors and their departments were afraid of being seen as huge, lumbering (expensive) beasts out of touch with the modern world. So, when the board asked what they were doing in marketing, they talked up the virtues of digital because nobody was going to argue that wasn’t the future. If you were seen to be embracing the new landscape you were safe… for a while anyway.

Just over a couple years ago I wrote a piece entitled ‘The need to improve human trafficking’ where I asked why all these great digital numbers and conversions we kept seeing weren’t appearing on clients balance sheets and questioned the use of bots by our new friends, the unscrupulous modern (social) media owners.

One of the issues is that Facebook is still being both player and referee and that the industry needs to improve measurement. Facebook can’t really claim that a three-second view when 50% of the time the sound is off is the same as a 15-second, a 30-second, a 60-second TV ad or someone reading The Times for 40 minutes.

And we have to address this by having better measurement.

Facebook’s recent error in viewability stats is actually good because it focuses clients’, media buyers’ and the media’s attention on the issue.

This little debacle once again confirms that nobody actually knows what the fuck is going on with digital media. Not media agencies, not big-spending clients and not armchair digital strategists.

The article I mentioned at the start of this, which I’m sure you’ve either read or bookmarked, has comment from Mark Evans, Marketing Director of Direct Line who rightly points to recent research which finds that while 80% of CEOs trust their CFO, just 10% trust their CMO. “There is a constant battle to chip away at the perception in the boardroom of marketing as a cost to the business not an investment. That is not a war that is won with one battle.”

That war is one we all have a duty to be involved in. Let’s all call a halt in 2018 to dashing towards the meteorite. Yes, we all need to be that nimble little rodent from time to time but there’s still plenty of life in the old Dogosaurus yet. Proof and truth is on our side.