New stops means pulling out all the stops – another king size idea from OBB.

National Express wanted to promote extra pick up points on their service to Stansted airport – a key stop being King’s Cross.

We created our very own flippable King – one side happy, one side sad with the strapline ‘King’s Cross is now King’s Happy’ – a caricature lovingly created (as ever) by Andy Lawson.

Our king didn’t just live in 2D though, we hired a real life laughing version complete with throne, crown and ermine (fake of course) to reflect just how happy he was at the prospect of a new stop. He also interacted live on twitter where we asked people to post a joke that would make him laugh. We filmed his response and posted back.

Results are already stopping the traffic as the A8 route continues to perform way ahead of expectations – so ‘King of the Hill’ you could say. 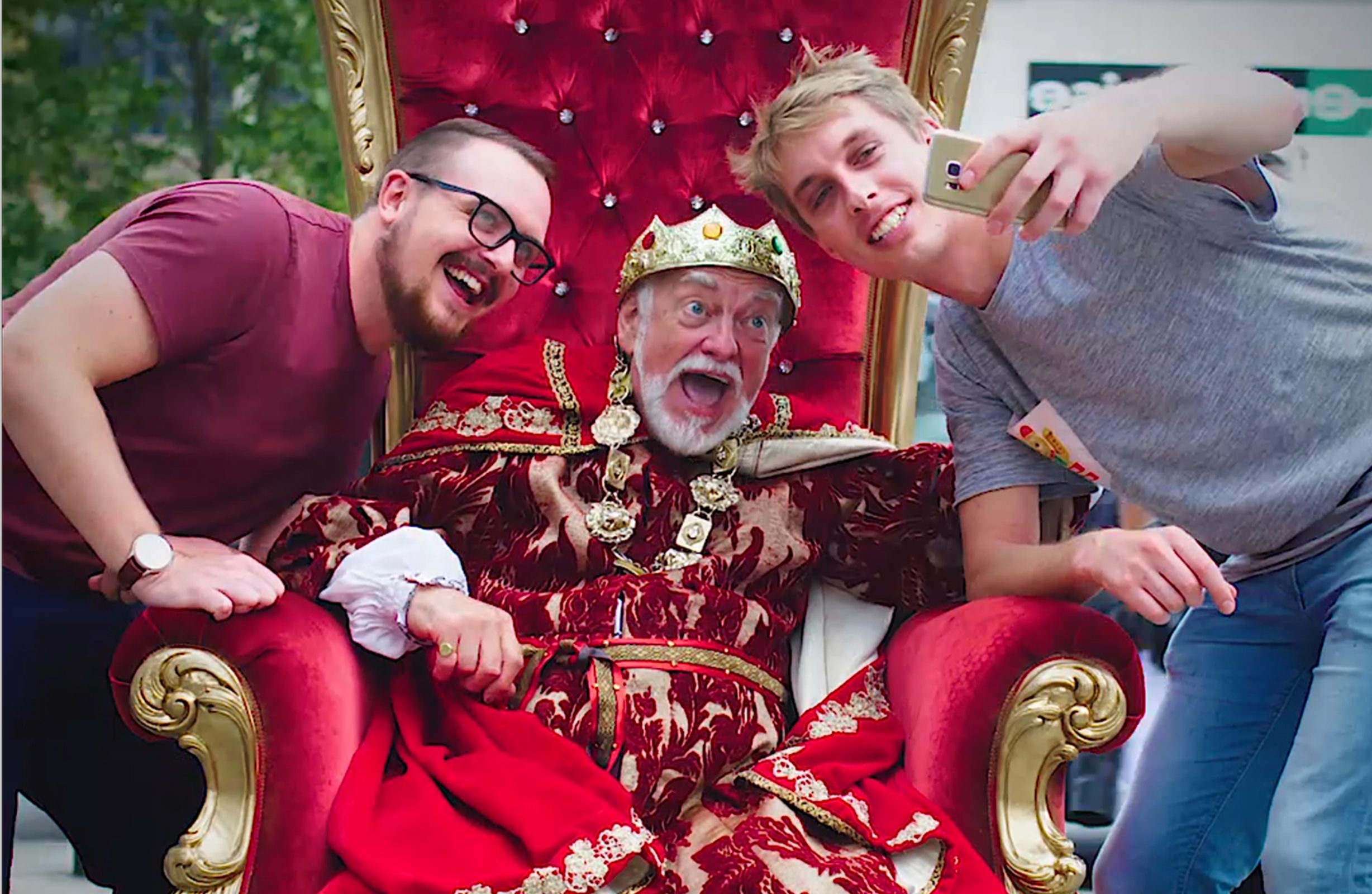 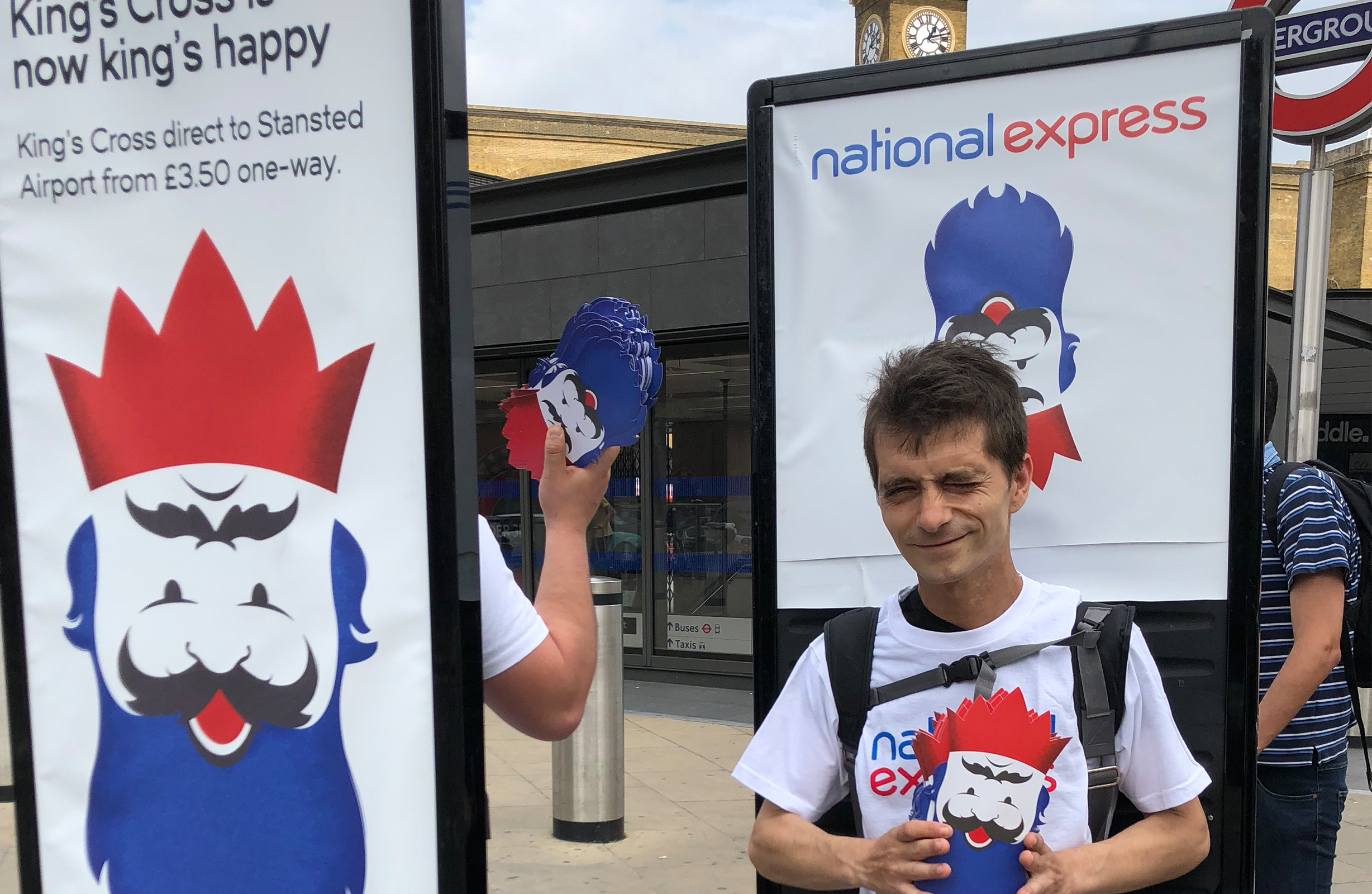 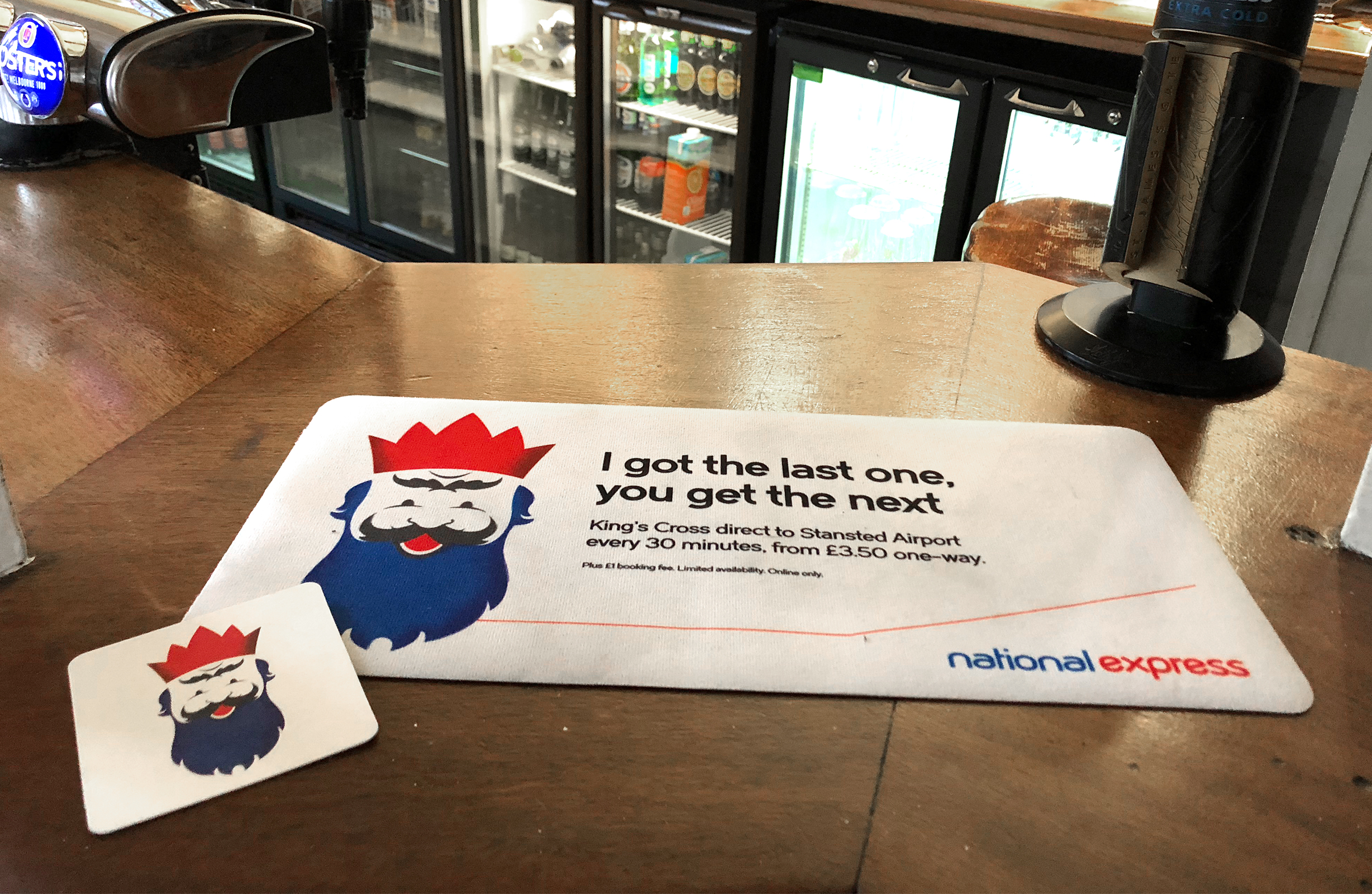 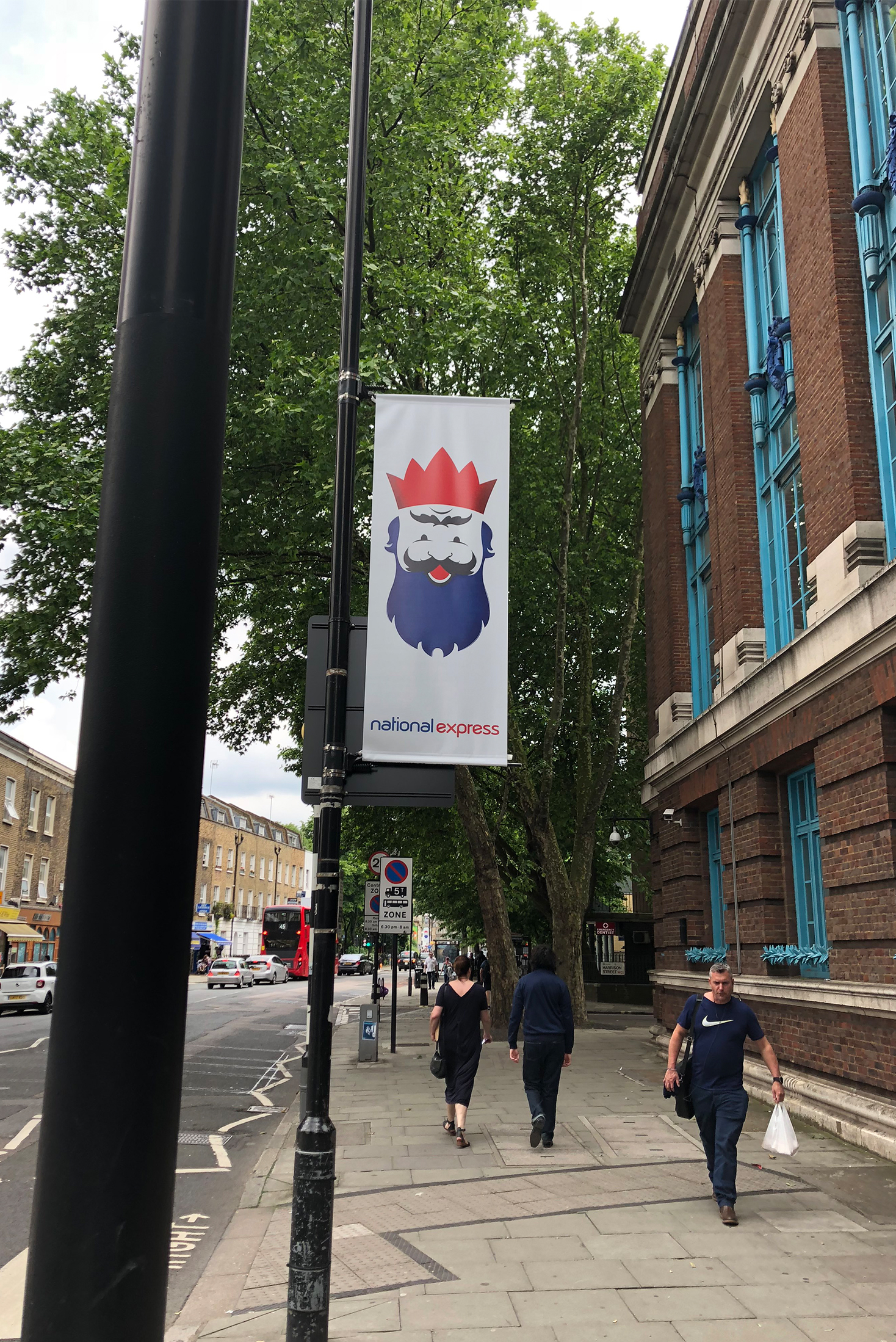