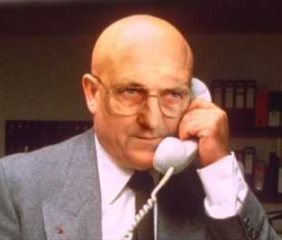 Now more than ever authentic communication is key. Appreciating I’ve used Terry Tibbs to illustrate this point, I think we’re all kinda bored of the bollocks. If we’re going to engage with a product, it’s the brand that’s got to speak… and not like we’re thick, or don’t understand.

It wouldn’t be a blog on tone of voice without mentioning Innocent. Everyone’s seen the topical OOH campaign which, while appearing to be a sincere reminder of things people have missed, in some cases also doubled as an honest, comforting reminder of some of the things we really haven’t. 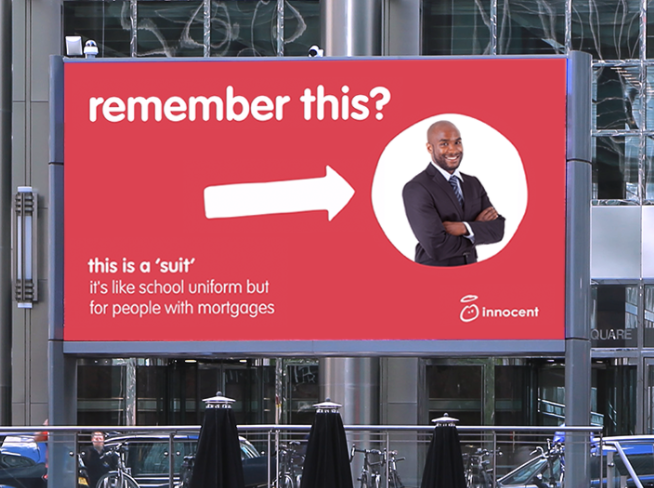 As a potential consumer, I obviously like the sarcastic, playful tone. In a time where everything is serious – it’s nice not to be, just for a second. As someone working in advertising, I obviously like the sarcastic use of hideous stock imagery (ok, best not head down that rabbit hole). The best thing about the ad though is OBVIOUSLY the fact no product features at all – not even a whisper. But the brand personality is being heard loud and clear.

An alternative approach to brand bellowing was delivered by Oatly back in the heady days of January (remember January? Nope, me neither). 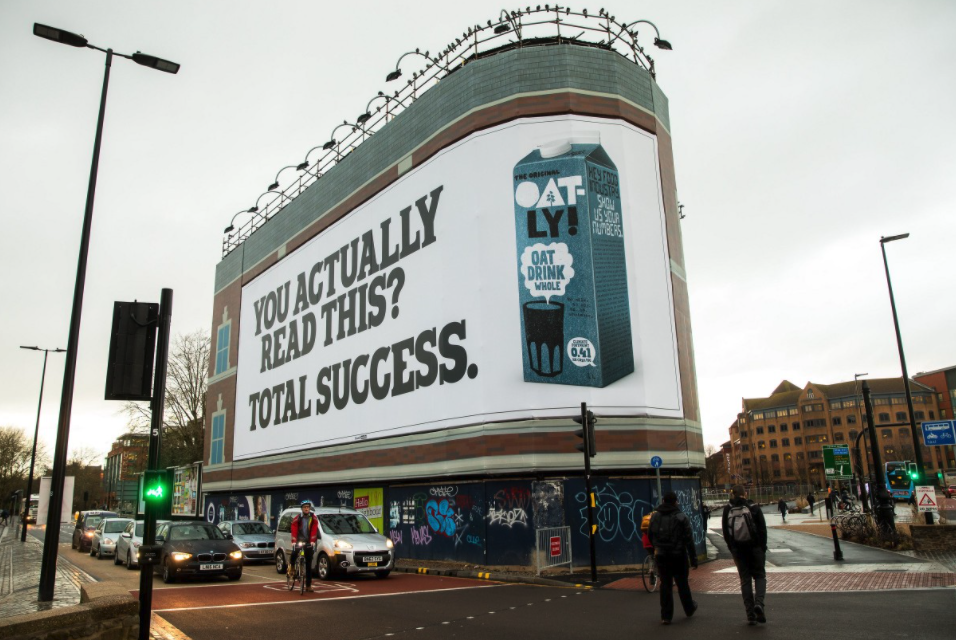 Yes, yes they’re showing the product – but there’s no practical, rational, boring info in the copy that tells us anything about it which, while making it more interesting, is also allowing consumers to make a decision about how they relate to the brand and it’s personality.

Perhaps less seen, but equally lovely was this Emily Crisps campaign. With their April outdoor ad space booked in December 2019, they had two choices – cancel, pay the fees and wait quietly in the background for things to pass, or start a conversation with people. Unlike so many, thank god they went for the latter. 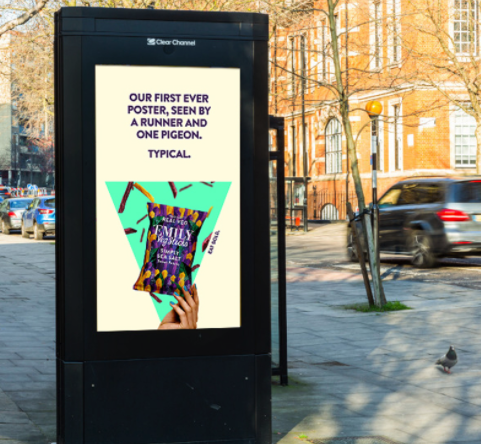 This ad didn’t ignore the difficult times people were going through, but instead put an arm around it. In a time when people needed a bit of a nonsense natter, their bravery paid off, and their ad delivered.

So, apart from all being food-stuffs, what do these ads have in common? That’s right guys – it’s brand over product. Winning. Again. I am not undermining the research, USPs, differentiation or distinctiveness that makes a product what it is. But quick reality check – it’s a smoothie. It’s milk. It’s crisps.

Yes, rational things like ingredients, price and availability will contribute to whether a consumer chooses you when they nip to the shops. But actually recognising your product against all the competition relies on building and refreshing a memory structure they have relating to your brand. Ultimately – did you speak to them in the right way. Because rest assured, this will play more of a part in their decision making than whether you have 0.003% less sugar per serving.

All brands should recognise their TOV isn’t their colour palette’s poor cousin, and speak to consumers like they’re real humans. Because, well, that’s what they are.

Nice talking to you.

So, all these ads show brand personality through their copy, and they’re all large formats? As luck would have it I am very opinionated on both of these things – so while you’re here, have a gander at my related blogs on Swearing and Big Ads.