The fabulous way to boost your brand & sell seats

We wanted National Express to be centre-stage as the fabulous way to travel between London and Brighton, with a stunt designed to put the spotlight on coach travel as a fantastic alternative for those caught up in the Southern Rail chaos – and boy, did we create a stir. 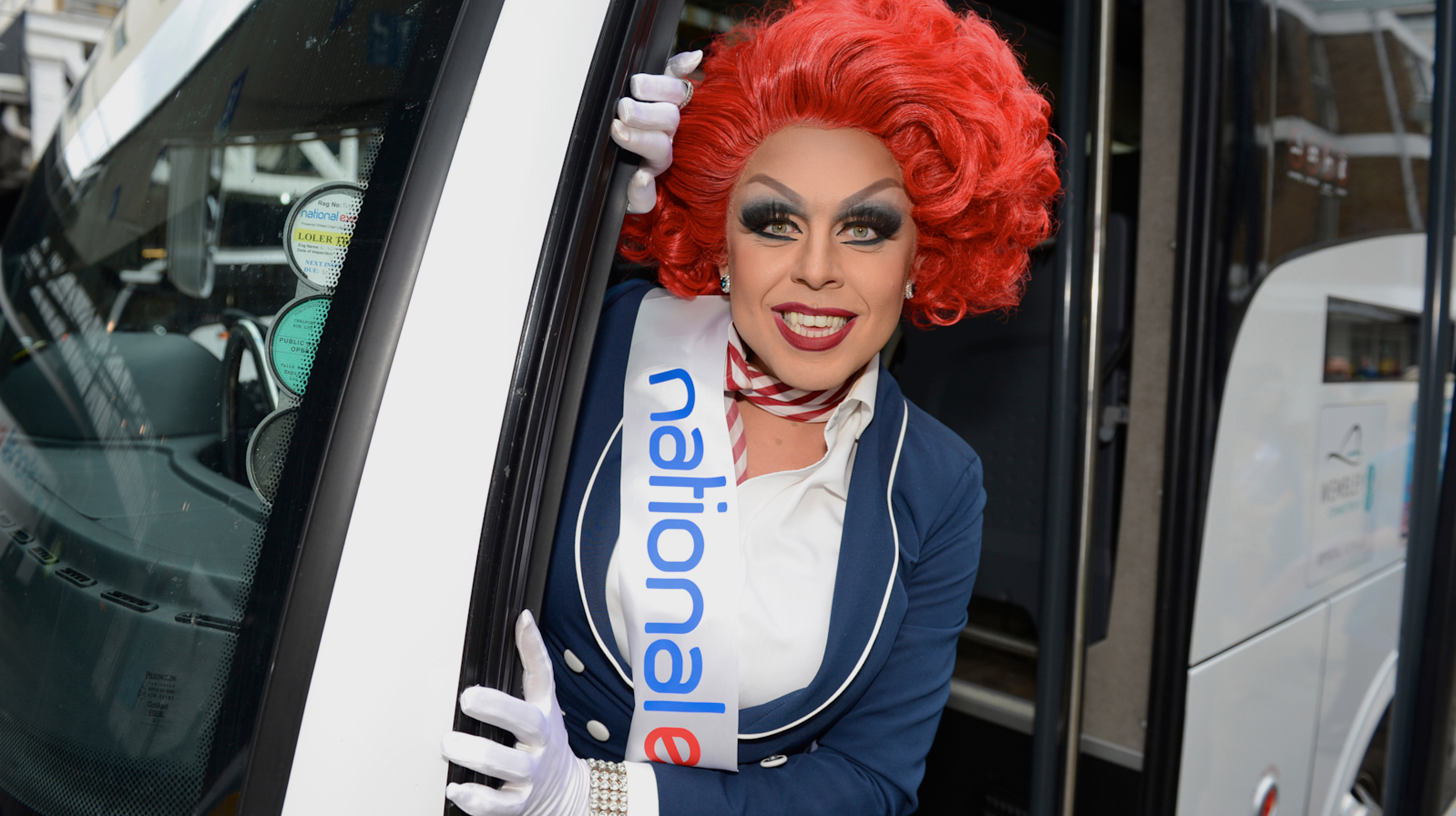 They say the whole world’s a stage, and Victoria was the platform for this spontaneous spectacle at the heart of the ongoing Southern Rail situation.

Armed with killer heels, eye-liner, placards and sashes, our vivacious trio were ready to extol the cheeky, tongue-in-cheek message that ‘travel between London and Brighton shouldn’t be a drag’.

Yes it was about putting on a show but our client also had some clear benefits to convey to commuters – guaranteed seats, regular services and great value fares. A compelling trio – just like our performers. 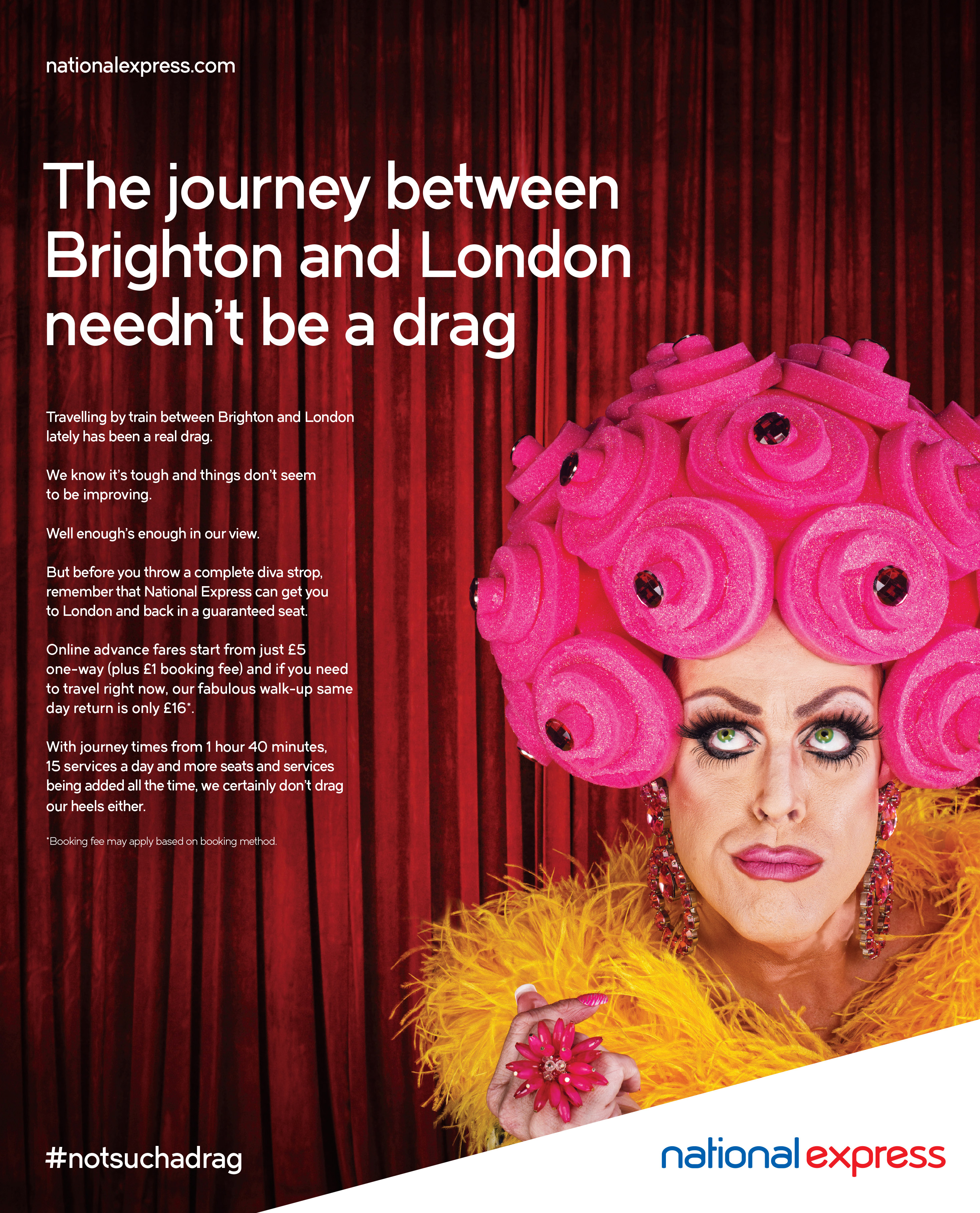 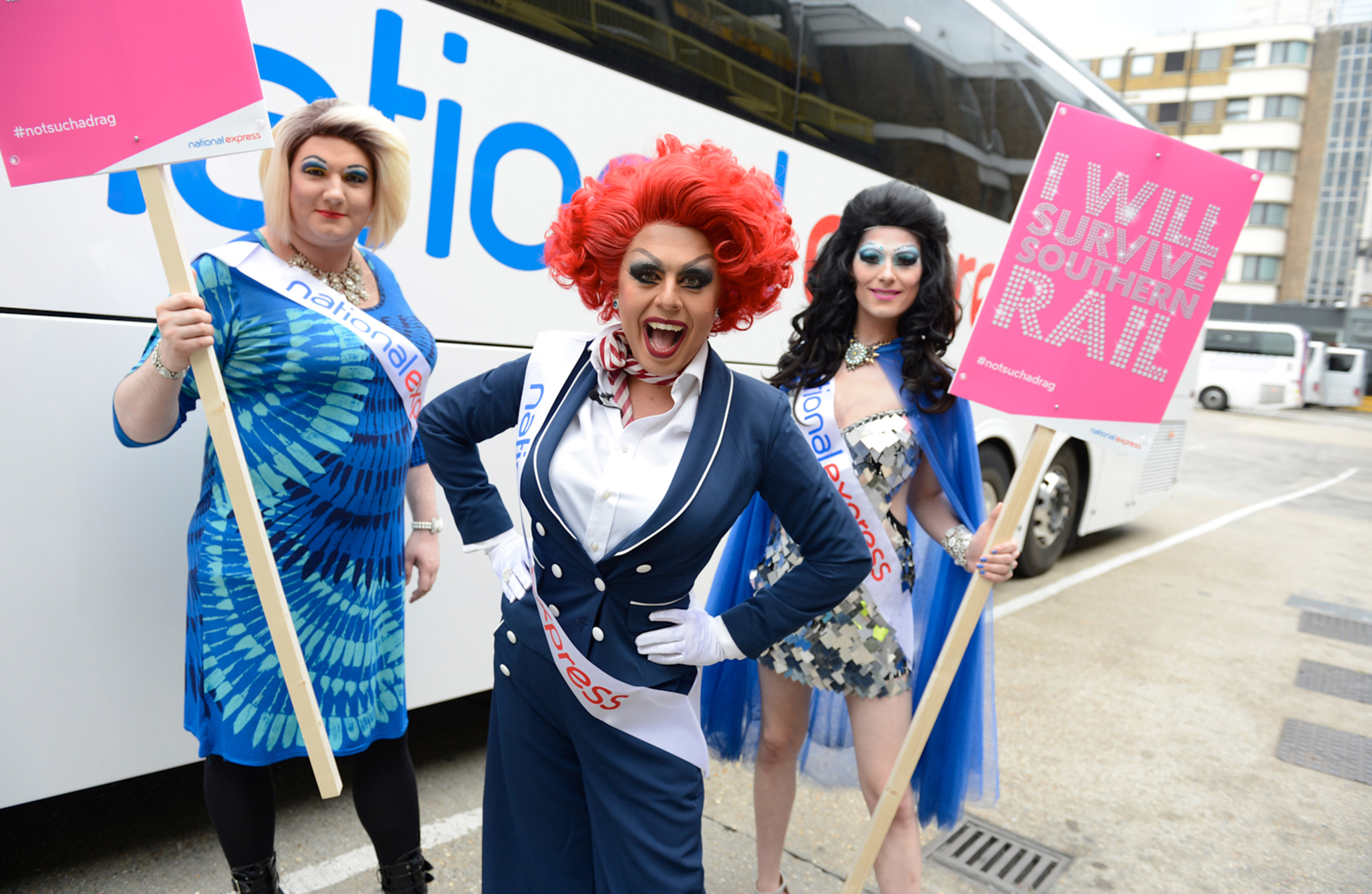 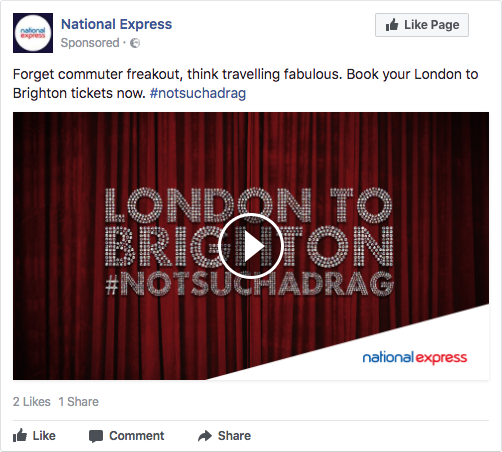 Leading the show for #notsuchadrag was the oh-so vivacious La Voix – an award-winning performer with an iconic look and powerful voice who’d recently starred in Absolutely Fabulous The Movie, landed a semi-finalist place in Britain’s Got Talent 2014 PLUS a coveted runner up in Ru Paul’s Drag Race UK 2015.

La Voix also enlisted the help of two other fabulous artists to really rally support from travellers at Victoria. The equally striking Vanity von Glow donned a cape for the occasion to resemble a superhero there to save the day, and the statuesque Nancy Clench literally raised eyebrows and a laugh from those who saw their unforgettable performance.

Our stars may have been heavily made up – but the facts speak for themselves.

Before the event, we teased that we were going to be doing something very fabulous via the use of both organic and paid social media. Across Facebook, our organic post delivered a reach of almost 10k with an engagement rate of 3.71%, whilst our paid ad reached an incredible audience of 101k+. Across Twitter, our posts achieved a similar success, with our organic post delivering well over 6k impressions and our paid ad achieving almost 95k impressions.

Throughout the day we were live-tweeting the events as they unfolded, as well as posting across Facebook and Instagram too. By the end of the stunt, we had tallied up a total of almost 40k Twitter impressions, 2k interactions and achieved an engagement rate three times higher than our average; demonstrating just how much of an impact the event had on the public.

uplift in coach bookings for the London to Brighton route within just 48 hours of the stunt taking place.

year on year increase in bookings on the day before and the big day itself.

year on year increase in bookings on the day following our stunt.

The past few weeks have been terrible for us; I’ve seen people crying at the station because of the impact the train disruption has had on their daily lives.

Transport is extremely expensive for people and the strikes are adding insult to injury. What I saw here tonight is just what we needed – things have been very down recently but the performers were fantastic and they brought a lighter touch. It made my day!

I’ve asked myself why do people have to go through this chaos? It’s good to see other options being pushed – at least with a coach you know you’ve got a seat.

— Salesha Rahal, a teacher from London

‘This is why I love public transport’

‘Please be at #Victoria every Mon-Fri so it’s #notsuchadrag when our trains get #delayed. #southernstrike’

‘Drag queens from @nationalexpress cheered my commute up. #Victoria #southernstrike’