Hitching a ride on ‘traingate’. 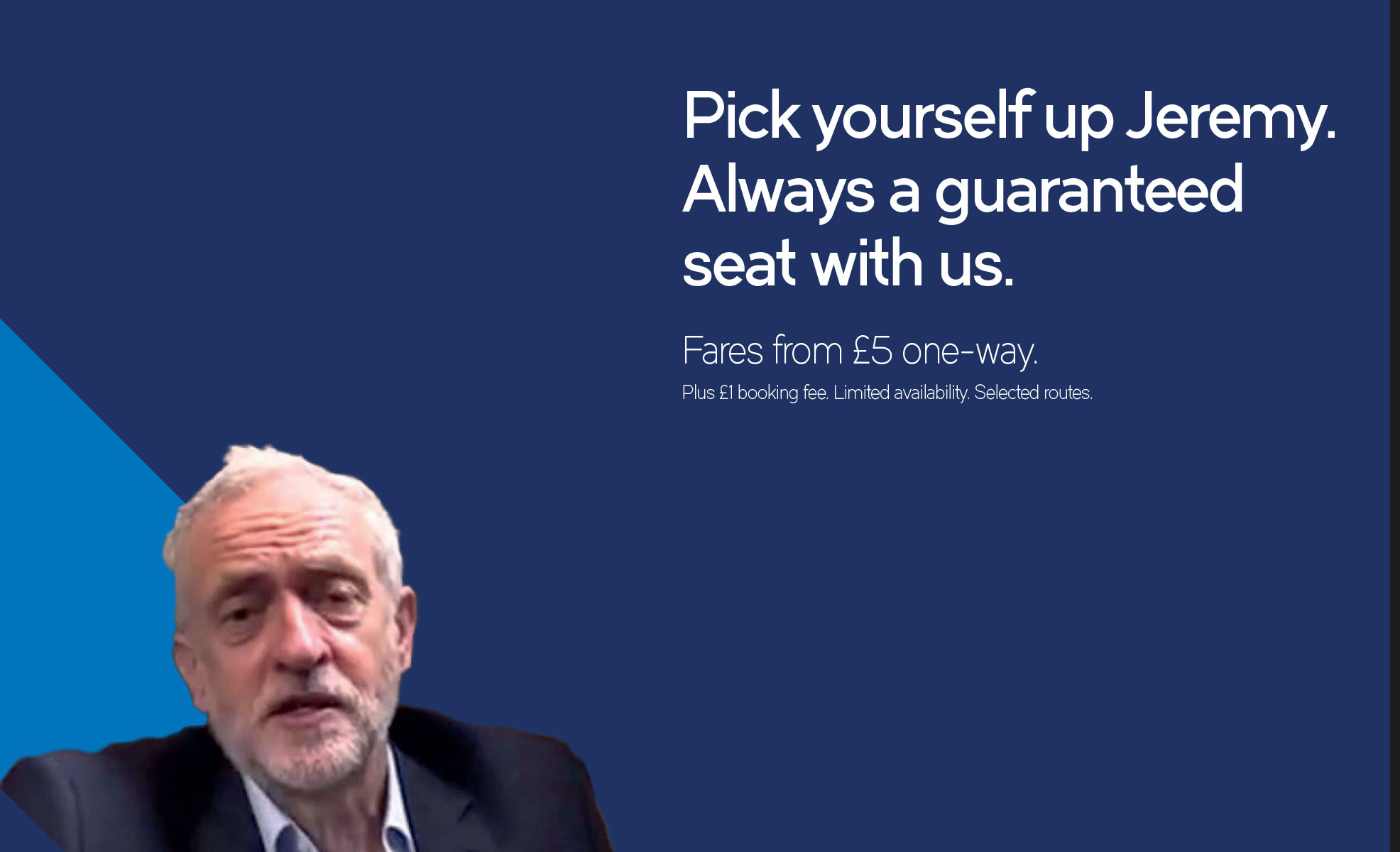 Five tips for creating topical ad campaigns: How One Black Bear hitched a ride on ‘traingate’ for National Express.

Creating an advertising campaign is not always a speedy process and often requires extensive discussion and debate between agency and client before a direction can be agreed upon.

For this reason, creating topical campaigns tied to current news events can seem too difficult a task for many agencies to even attempt.

However, a central objective of a creative campaign is to spark a conversation among your target audience.
From real-world networking experience, we all know it’s much easier to join a conversation that’s already taking place than to start from scratch and try to engage people in a brand new conversation.

Being topical can give your campaigns an extra push into the spotlight that they would otherwise lack.

So how do you do it?
At One Black Bear, we recently created a campaign for coach operator National Express that tapped into the media furore surrounding ‘traingate’, where Labour Party leader Jeremy Corbyn posted a social video from the floor on a Virgin train, claiming he was unable to find a seat – something later disputed by Virgin.

Based on that experience, here are five pointers on creating a successful topical campaign:

Finger on the pulse

The only way to be topical in your output is to keep a close eye on what’s going on, but this isn’t too difficult.

Keeping one eye on the latest Twitter trends, for example, is as good a method as any of keeping up-to-date with the news. In part, due to our strong social offering, we spend a lot of time watching out for tactical opportunities in the news as an entire team so, in this instance, Corbyn’s original video post was enough to provide us with an idea for our client National Express.

In order to quickly spot topical opportunities for your client, it is essential that you know the client’s proposition and key messaging off by heart.
These should be ingrained in every member of the agency.
With this opportunity, we knew that providing a ‘guaranteed seat’ was a key proposition for National Express, so the image of Corbyn sitting on the floor of a Virgin train was an absolute gift that we wanted to make the most of.

Be realistic about client-side decision-making

Of course, this type of topical campaign is only achievable with the right client.
If you know that there is simply no way that your client will be able to reach a decision on the campaign idea in a timely manner, don’t waste your time trying.
Yes, it will demonstrate your capacity to come up with good ideas, but if those ideas are ultimately left to go to waste, it can seriously demotivate the agency team and damage the relationship with the client in the long run.
Fortunately for us, we have a great relationship with National Express and our client team are very receptive and open to this kind of thinking.
A quick ‘heads up’ email to the client floated the original creative thought outlining the headline, choice of image and possible media channel choices given the need to move quickly.
First reactions to our idea were very positive and supportive, so we had artwork and copy produced within 30 minutes of the idea behind outlined in an email.

Speed is everything in being able to capitalise on a topical opportunity but don’t let that haste translate into lower standards than usual.
Ensure that all of your usual quality checks and processes are adhered to, no matter how urgent the turnaround time.
Your client won’t thank you for being quick out the gate if you ultimately distribute a campaign which includes typos or factual inaccuracies.

Establish your distribution strategy early on

Coming up with a topical campaign idea is great but serious thought should also be given at an early stage as to what the distribution strategy will be.
With the National Express campaign, leading with paid social advertising fitted the idea very well and, again, this strategy was speedily agreed with our client by lunchtime on the day of the idea being approved.

Remember to think laterally as to how your client could hijack a particular story if not immediately obvious.
Another campaign we ran for National Express focused on the Southern Trains strike that disrupted passengers travelling between London and Brighton.
We hired three drag queens to serenade gloomy commuters at Victoria Station with a rendition of ‘I will survive’ and hand out details of National Express services for the route.

Get a core idea, be clear on the point you’re making and what you want to achieve and do it – often that flash of tactical inspiration can prove much more powerful than the best pre-determined, meticulously planned conventional campaign.