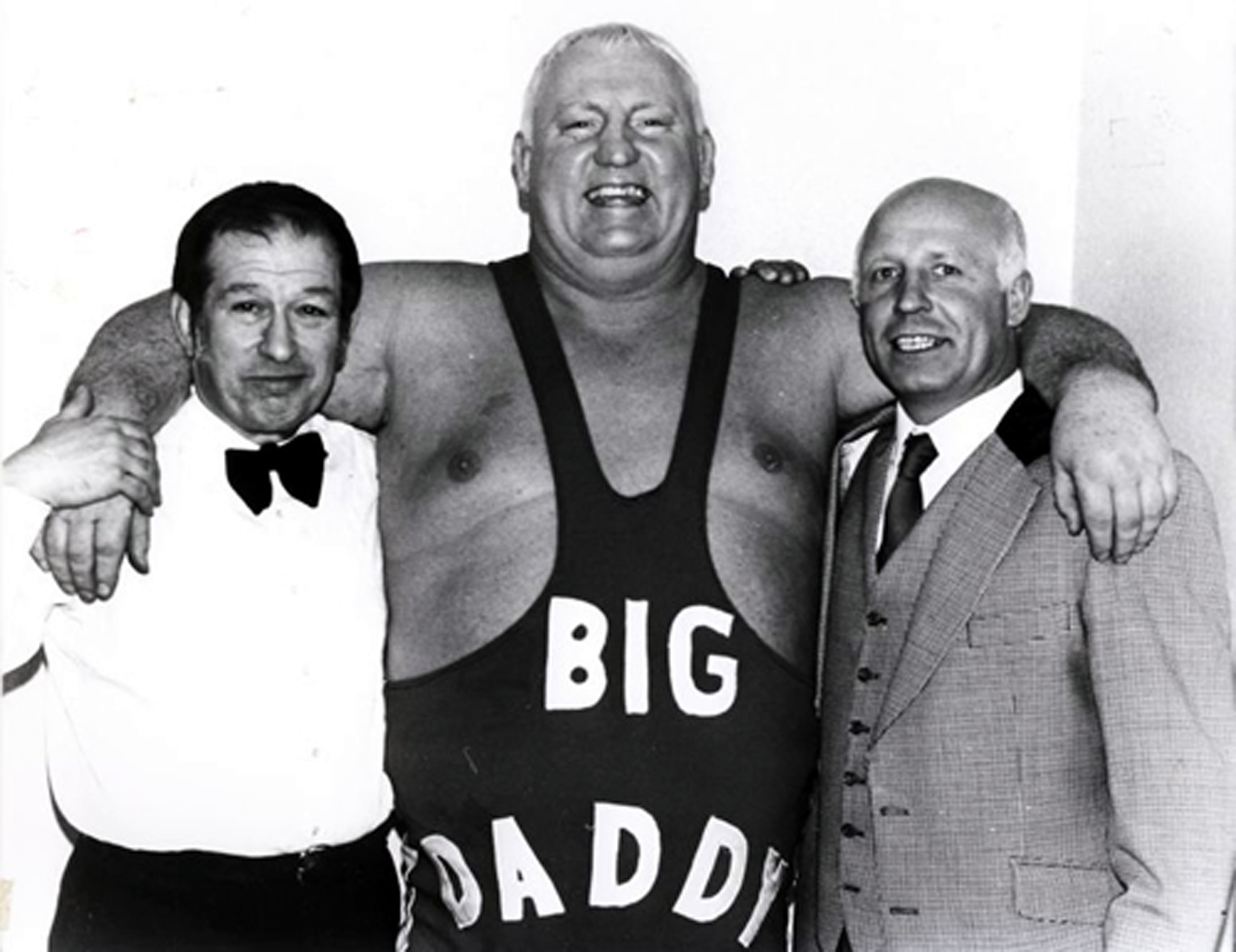 At least one observer has pointed out that the Northern Powerhouse versus the Midlands Engine sounds more like a pro wrestling match than a battle for economic supremacy between two of the UK’s largest regions.

But if the names themselves have attracted a degree of mockery the underlying concept couldn’t be more serious.

There has been an acceptance from this government and previous ones that the UK is too South East-centric. An inevitability perhaps when that is where the capital city is based, but politicians, economists and – most importantly – business owners realise that for the country to really prosper the wealth needs to be spread around

Simply put, that means investing in the provinces in a more meaningful way than has happened in recent decades and, this is the new bit, devolving power so that important decisions affecting a region are made by people who live and work in that region.

To this end, Chancellor George Osborne – the first person to hold that post who represents a northern constituency – started using the phrase Northern Powerhouse in 2014 to describe a sleeping economic giant with Manchester at its heart but stretching across the country from Liverpool to Hull and up as far as Newcastle.

Then, having seemingly mentioned the potential of the Northern Powerhouse in every subsequent Budget and Autumn Statement, he slipped the Midlands Engine into the conversation, an economic zone based on manufacturing prowess with Birmingham at its heart but including the whole of the West Midlands and even the East Midlands under its umbrella.

But fine words butter no parsnips of course so the defined regions were also to be the beneficiaries of both devolved power and increased investment in key infrastructure projects, notably around road and rail improvements.

But the question those of us who reside in the middle of the country want answering is whether the Midlands Engine can compete with the Northern Powerhouse or whether, to continue the wrestling analogy, it is likely to be clobbered by a combination of forearm smash and half nelson?

The reason why this question should even be raised is a fear that the Midlands will always be an afterthought in an economy that is polarised between the wealthy and establishment-dominated South East and the radical and culturally ‘cool’ North West.

The Midlands is just too, well, middle of the road to force economic thinking away from such opposite attractions – or so some people think.

A part of the problem is simply geography. Birmingham is roughly 100 miles from London while Manchester is 200.
The Second City (which Birmingham clearly is given its population of 1.1m is nearly double that of Manchester) is just too darn close to the capital.

Thus national newspapers (The Daily Mirror – as it was then – and The Guardian, for example) ran operations out of Manchester as well as London and Birmingham’s media offering remained largely local.

So when the BBC decided to move much of its national TV news coverage out of London, it was sort of inevitable that it would choose Manchester (or nearby Salford to be accurate) as its new base.

Birmingham continues to campaign for greater BBC investment in the city.

Which makes it slightly ironic that (BBC) Radio 4 recently ran a series called England: Made in the Middle, which argued that England has largely been shaped historically by the people and places of its middle counties.
Producer Robert Shore said:

“The Midlands is often overlooked when we think about the history of England yet it’s where some of our major figures have hailed from – most notably William Shakespeare but also Erasmus Darwin, Samuel Johnson and of course, we now know Richard III was not only born in the Midlands but died here too.”

All very laudable, if perhaps a little laboured as a programme idea.

Inevitably, when it comes down to economic strength, the argument becomes about Manchester and Birmingham rather than the North and the Midlands.

Birmingham has two problems here in its efforts to compete with its northern rival.
Firstly, the cities grew up in very different ways. Manchester’s background is radical and socialist whilst Birmingham’s is self-governing and conservative (note the small ‘c’).
Manchester shouts demands from the rooftops whereas Birmingham – well it sort of just gets on with it.
In the spirit of ‘you don’t get if you don’t ask’, Manchester asks for a lot and it gets a lot. Birmingham, by contrast, has only learned to put its hand in the air relatively recently.

There’s always more noise about things happening in Manchester.
An example from the business world is the arrival of Bank of New York (now BNY Mellon).
It turned up in Manchester back in 2004 with a fanfare surrounding what a great inward investment win it was for the city but at roughly the same time German giant Deutsche Bank arrived in Birmingham without making much of a splash.
Despite the fact Deutsche Bank’s commitment was the greater one in terms of jobs created – and it has since gone to expand its operation from purely back office to front office and trading – it was the Manchester deal which got all the headlines.

Birmingham – and by extension the wider Midlands – is simply less effective at bigging itself up.
It is a point underlined by Lucy Williams, head of compliance at banking giant HSBC, which is locating the headquarters of its new retail bank – HSBC UK – in Birmingham.
She argues Birmingham and the wider city-region has so much to offer the rest of the country in terms of investment potential and quality of life – and yet the rest of the country remains blissfully unaware of the opportunities.
Speaking at an event in the city recently she said:

“I had not been to Birmingham for 20 years up until the bank’s decision to relocate but when I arrived I was absolutely amazed by the changes that had taken place.   “But therein lies the problem.   “We have heard today about the amazing stories that you have here in this region but it’s not here that people need to be told; it’s in the other regions, in London and elsewhere.”

The second problem Birmingham faces is one of playing catch up.
Yes, Chancellor Osborne announced his plans for the Northern Powerhouse before the Midlands Engine but Manchester’s regeneration actually goes back much further – to 1996 and the large scale redevelopment plans put in place after the IRA bomb which destroyed a large chunk of its central shopping district.
The city has enjoyed a renaissance which now dates back the best part of 20 years. It has long had a tram system and a redeveloped central railway station.
Birmingham has only recently introduced such enhancements.

But the interesting thing about the Northern Powerhouse and Midlands Engine debate is that it isn’t just about Manchester and Birmingham.
Crucially, we are supposed to believe that Manchester can work in peace and harmony with its traditional rivals Liverpool and Leeds. Cynics might suggest that cats in a sack would be less likely to fight.
And for all the infrastructure investment commitments made to the North West by the Government, the reality is that the high-speed rail project HS2 will be arriving in Birmingham years before it gets to Manchester (a fact that I’m sure hasn’t been lost on inward investors such as HSBC).
The project will also provide a crucial high-speed link to the East Midlands via a spur.
Such an initiative will be vital to the region’s economic prosperity moving forward.
But the reality is that although we have got a lot to shout about in the Midlands we need to be bolder in actually doing so.

A number of observers have pointed out in recent years that if Birmingham Airport were to change its name to Birmingham Shakespeare Airport it would immediately resonate with millions of people around the world who are aware of Stratford-upon-Avon but unaware of its location in relation to the UK’s second largest city.
Similarly, more needs to be done to promote assets such as the Balti Triangle and the Jewellery Quarter in Birmingham.
And the fact that the West Midlands is the birthplace of both heavy metal music and Two Tone/second generation ska is a cultural status that many areas would kill for.

Away from culture, this area is the car making centre of the UK and a world leader in advanced manufacturing which is why leading politicians spent so much time here during the last General Election campaign.
On a company visit to Derby last June, Chancellor Osborne said:

“For too long the Midlands was overlooked by successive governments in London, and I’m here to tell you not any more.
“We’re going to attract the jobs, make the investments, bring the prosperity here.
“The Midlands should be Britain’s engine for growth, and this government has a plan to back you – the people of the Midlands – at every stage of your life.”

With combined authorities – and soon metro mayors – in place to make decisions at the local level based on devolved cash and responsibility, the Midlands is well placed to move ahead at a faster pace than has previously been the case.
The Midlands Engine title will provide momentum and focus which should ensure economic growth.

But achievement needs to be accompanied by positive PR and for that engine to really roar, we Midlanders will additionally need to develop something that doesn’t sit naturally with us: swagger.

In fact the Midlands Engine was first out of the post-EU referendum blocks with the announcement that a foreign investment hub is to be established near Birmingham Airport in an attempt to attract overseas businesses to the area and create 1,400 jobs.

The plans were unveiled by business minister Anna Soubry at the Midlands Engine Summit at Nottingham Trent University (the fact it was held in the East Midlands is itself telling and suggests a broader alliance than was first anticipated).

And the Midlands Engine has announced its first trade mission will head to the US in September and will be led by business secretary (and locally based MP) Sajid Javid.

Soubry said: “Let’s keep telling the rest of the world what we already know: that the Midlands Engine is a great place to do business, with excellent universities and local leaders committed to seeing the area thrive.”

To achieve that aim it will need plenty more initiatives of this kind and plenty of successful trade missions.
But it is gathering momentum and showing clear signs that it doesn’t intend to play second fiddle to our friends in the north.