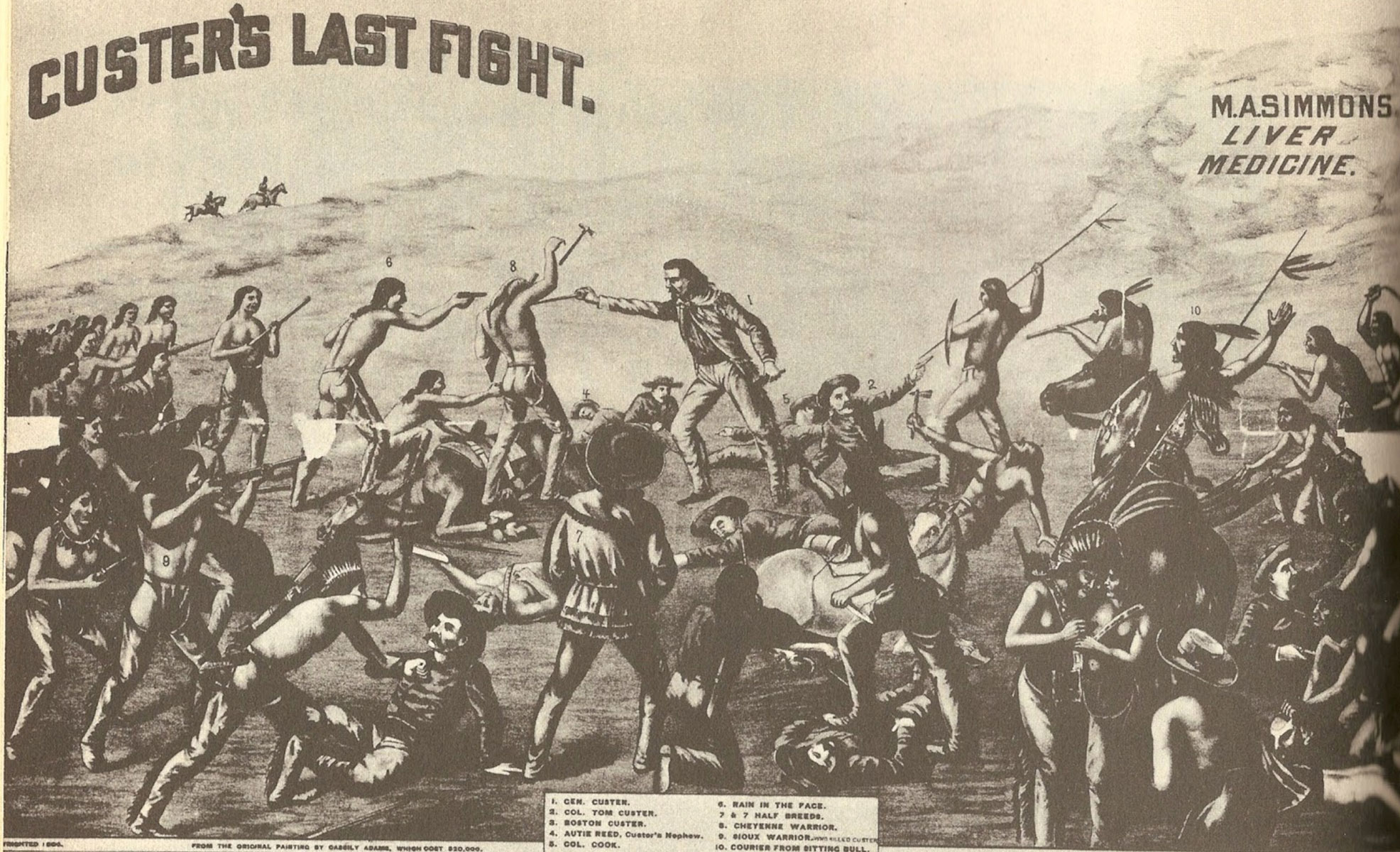 At the forefront of regional growth thinking in recent decades has been cluster theory, introduced by professor Michael Porter in his book The Competitive Advantage of Nations back in 1990.

There are various strategies for growing an economy but all involve attracting inward investment to create jobs.

And the best way to do this is for a city/region to develop a reputation for sectoral expertise.

At the forefront of regional growth thinking in recent decades has been cluster theory, which was introduced by Harvard Business School professor Michael Porter in his book The Competitive Advantage of Nations back in 1990.

Porter’s theory was that business clusters – groups of like-minded companies working within or serving specific sectors – can increase the productivity of companies in that cluster, drive innovation and stimulate new business.

Much of what he had to say was, and remains, commonsensical but at the core of it is intervention and continual innovation.

It was a theory that was bought into by the now defunct regional development agencies (including Advantage West Midlands) and in essence it involved deciding what an area’s key sectors are in terms of growth potential, prioritising them and intervening to help them thrive.

Critics of such an approach pointed out that most areas of the UK seemed to be prioritising the same sectors – technology, advanced manufacturing etc – and that regions preferred to target ‘trendy’, image-enhancing sectors which might not create jobs in great numbers rather than focusing on making their area attractive to quantity employers of a more prosaic nature, such as call centre operators, say.

Nevertheless, there was a logic to Professor Porter’s thinking – if not always the way it was interpreted and applied.

Clusters already existed before the theory.

Think of the Californian wine industry. Once the state began producing wine it needed all sorts of other businesses to establish themselves to serve the industry – this might include specialist banks, legal and accountancy firms, sector specific recruiters, insurers and haulage companies.

Closer to home one might think of the way the likes of Microsoft and Apple have naturally clustered in Cambridge to take advantage of the talent and ideas coming out of the local university (a similar idea to Silicon Valley in the US).

The professional firms have followed whilst property developers are putting up the buildings to meet demand from technology businesses to base themselves there.

The concept – which has come to fruition – is that it becomes self perpetuating.

In the West Midlands it can be argued that we already have an obvious cluster in the shape of automotive manufacturing in which the level of expertise available locally is unmatched anywhere else in the UK.
The supply chain, logistics firms, recruiters and professional services business have all set up camp here or established specialist departments to work with the sector while local universities are working hand in hand with the car producers on research and development.

This is classic cluster activity.

And Advantage West Midlands and others – including local universities – followed the intervention brief to a tee by establishing industry supporting facilities such as the Manufacturing Technology Centre (MTC) at Ansty Park in Coventry.

But whilst car manufacturing is an established cluster in the region, Professor Porter was keen to point out that the regions (and countries) that succeed economically are the ones that have a number of areas of expertise.

To this end, Marketing Birmingham, which promotes the city region and oversees its inward investment programme, has identified a number of key sectors which it wants to push.

Speaking recently, Neil Rami, chief executive of the organisation, said: “It has been critical to Greater Birmingham’s success that we target inward investment from sectors that will deliver the greatest economic value and employment opportunities – such as BPFS (business, professional and financial services), IT and digital media.
“These industries, as part of the knowledge economy, all rely on employing talented staff that are part of the local workforce.”

Birmingham attracted 73 foreign direct investments in 2014/15 – more than any other local enterprise partnership (LEP) area – according to UK Trade & Investment.

This created and safeguarded more than 6,000 jobs.

Across the LEP area, 45% of investments were in the aforementioned BPFS, IT and digital sectors, not least of all because they are the main target sectors for Birmingham city centre’s Enterprise Zone, which offers tax breaks to occupiers.
But Greater Birmingham is also having success attracting businesses in other fields such as the life sciences sector and in creative industries more widely.

The life sciences sector – incorporating bio-tech and medical technologies – is thriving in the Edgbaston and Selly Oak suburbs of Birmingham in an area now designated the EMQ (Edgbaston Medical Quarter).
Based around centres of excellence such as the QE ‘super hospital’ and the recently opened Birmingham Dental Hospital and School of Dentistry on the site of the old BBC studios at Pebble Mill, the cluster is attracting world leading businesses – such as biotechnology specialist Binding Site – and encouraging property developers to build out further to accommodate demand.

In June, developer Calthorpe Estates was given permission by Birmingham City Council to create an £8m medical hub in Edgbaston’s Highfield Road.

Cutting edge expertise in a defined area backed by support industries such as commercial property firms is classic cluster activity, as is the fact that the local universities are working closely with local hospitals and the private sector and have an excellent reputation for medical research and development.
Indeed the aforementioned Binding Site is a spin out business from the University of Birmingham.
Medical technologies, which is the ‘nuts and bolts’ end of the sector incorporating companies making parts for medical machinery, for example, is also enjoying something of a growth spurt locally with some reports suggesting there are now more med-tech companies in the West Midlands than in any other part of the UK.

It is also an example of two clusters – advanced manufacturing and life sciences – cross-fertilising to great effect, thus ticking another of Professor Porter’s boxes.

Our own industry, creative, is another sector in which the Greater Birmingham area is making rapid progress. Here again much of the classic cluster theory thinking is pertinent.

Certainly intervention is needed to help many of these businesses to grow from start-ups to fully functioning companies.
Whether it be in social media, gaming or advertising/communications, the right type of collegiate – ideally open-plan – office space needs to be provided which will allow embryonic entrepreneurs to bounce ideas off like-minded individuals.

It goes without saying that the fastest available broadband (infrastructure) should be in place but such firms also need access to mentors and funding opportunities, amongst other things.
A large pool of graduates who have studied ‘creative’ courses also needs to be readily available at the local level.

Birmingham passes all of these ‘tests’.

But the other element that is necessary for them to thrive is slightly more ‘touchy-feely’ and perhaps goes beyond Professor Porter’s theory.

For such businesses to prosper, a community needs to be created to which they want to belong.

An obvious example is Tech City which has grown up around London’s Old Street and Shoreditch areas.
For a workforce of young people to whom the dividing line between work and play is blurred, to be around other creative thinkers in an area full of funky bars, pop up restaurants and independent shops fits the bill perfectly.
It explains why many of the creative industry companies in Birmingham have congregated either in Digbeth (like ourselves) or the Jewellery Quarter.

These areas have very distinct ‘personalities’ which appeal to potential employees of a creative bent.

But what is also good news for Birmingham is that these areas are becoming better connected to other parts of the city – one can now jump on a Midland Metro tram outside Birmingham New Street station and get off in the Jewellery Quarter a few minutes later whilst plans are also afoot to extend the tram into Digbeth/Deritend.

The creative industry clusters there can be expected to grow significantly in the coming years.

A city with a plethora of successful sectors operating across numerous sites is one which has enormous future potential.
In that sense Birmingham can be seen as a dynamic centre in cluster theory terms.

I’m sure Professor Porter would approve.